We are pleased to report that since the passing of Henry Robin Amis, the founder and principal teacher of Praxis Research Institute, on June 13, 2014, the publishing and teaching work of Praxis Research Institute has continued under the leadership of its senior members from across the US and Europe and with the guidance and support of Robin's wife and partner in this endeavor for over forty years, Lillian (Delevoryas) Amis.

The Institute is currently engaged in a number of new publishing activities. We are pleased to announce a new book recently published by Sansom & Co, authored by Lillian (Delevoryas) Amis and titled Visual Contemplations, Paintings Inspired by Gregory of Nyssa's 'Life of Moses'. The book is now available for purchase in our bookstore.

Our next project is a new edition of Gregory Palamas' Triads, with a revised translation of the text and previously unpublished commentaries by Robin Amis. It is planned for publication in early 2016. Another project is a set of CD's of the popular tapes, "Readings from the Philokalia on Prayer of the Heart, selected by G.E.H. Palmer and read by S. Kadloubovsky.

Long range plans include new editions of Boris Mouravieff's Gnosis, Volumes 1-3. These projects are ones that Robin was working on during his later years, and continue his mission: to help ˜bring the truth of the heart' to the English-speaking world.

ROBIN AMIS' NEW BOOK, VIEWS FROM MOUNT ATHOS,  HAS BEEN PUBLISHED IN A PAPERBACK PRINT VERSION AS WELL AS AN E-BOOK VERSION THAT IS NOW AVAILABLE FOR DOWNLOAD FROM THE PRAXIS BOOKSTORE.

Robin Amis' last book, Views From Mount Athos, is a 'travel book' - but his is a many-layered journey - spiritual, philosophical, and psychological as much as physical.  As he walks the narrow paths of the mountain from monastery to monastery, he finds himself increasingly detached from the noisy world of the West and travels the mountain tracks within himself.  Among his guides on this journey was the blessed Elder Paisios, from whom he learned the ˜wisdom of the heart'.

Illustrated throughout the text by color photographs, Amis' account of his first visit to Orthodox Christianity's Holy Mountain - the 'Garden of the Mother of God' - is punctuated by his meditations on the experience of being in the presence of so much holiness.  It is also informed by his many subsequent visits to Athos.

This may be Amis' 'last' book, but it is also his first.  The manuscript lay forgotten for twenty or more years while he developed his understanding of spiritual life for lay people in the modern world, expounded notably in his A Different Christianity: Early Christian Esotericism and Modern Thought (New York 1995: SUNY Press). 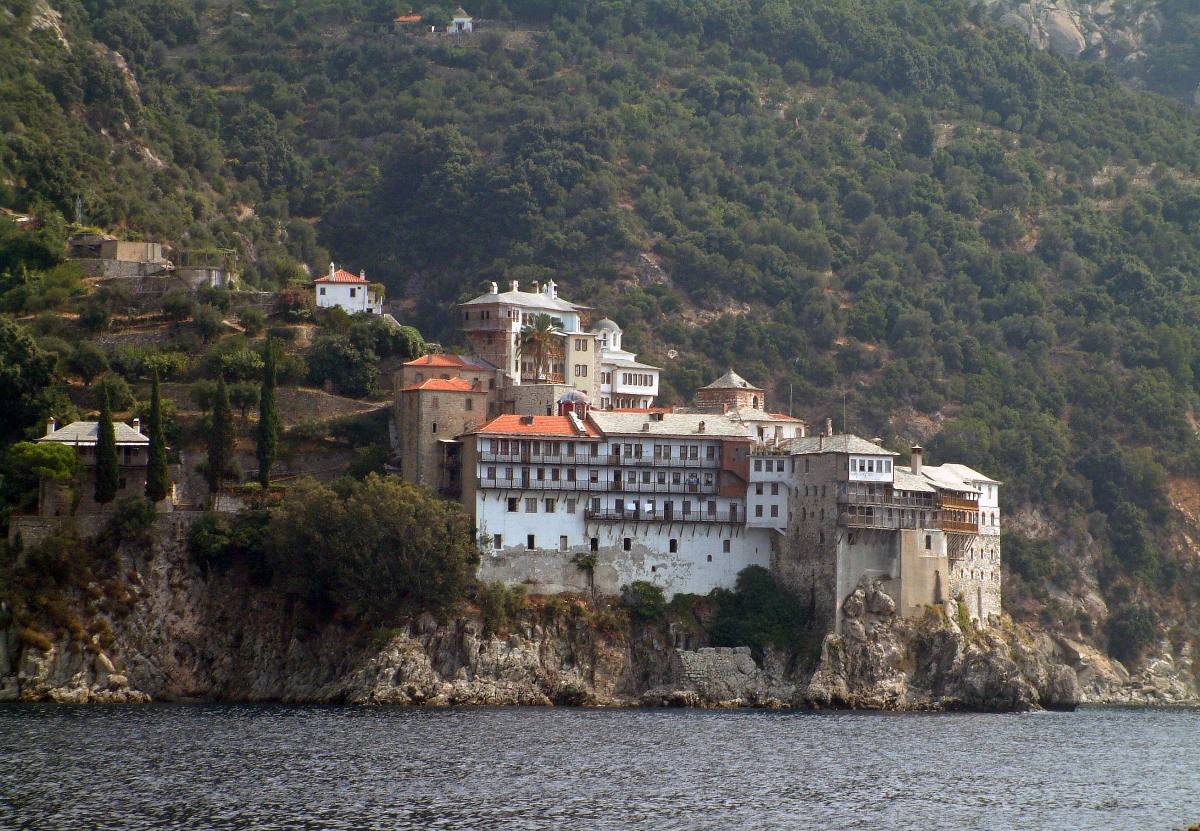 Robin Amis, principal researcher in the field, and founder and Director of Praxis Research Institute.

For his research into the teachings of the Holy Mountain, Mr. Amis received the rare designation of ˜Synergatis' (fellow worker, and equal to the monks), and was given a document providing "free access, both coming in and going out of the Holy Mountain.  This document is still valid forty years later.

On one of his early visits, Mr. Amis was also given the charge by Fr. Paisios one of the few remaining startzi (Elders), now considered a saint, to bring this teaching, called the ˜truth of the heart,' to the English-speaking world. In Fr. Paisios' words, translated in Mr. Amis' book, A Different Christianity:

˜You English have served Western man very well with your intellect, giving him many things he needs, the solutions of many problems that have made life easier for everyone.

Now you should do another work: to understand and tell the world of the inner truth, the truth of the heart as well.'

For additional information on Praxis Research Institute's principles, the aims of inner work, Praxis teaching, spiritual roots and the Praxis mission, please click on the links below to go the the following pages:

REDISCOVERING OUR SPIRITUAL ROOTS AND THE MISSION OF PRAXIS

INVESTIGATIONS INTO THE ORIGINS OF A CHANGING CHURCH

The Praxis website is designed as an integral part of the overall efforts of Praxis Research Institute to make this 'Truth of the Heart' available to interested seekers worldwide, but especially in the US, UK and other Western nations. These efforts include our publication of e-books and hard copy books, teaching programs conducted through the mediums of video conferences and webinars and periodic, face-to-face study sessions with Robin Amis, as often as they can be arranged.

For those looking for guidance in exploring this website, the following is an excerpt from Robin Amis expressing his desire for how the website should be viewed and used to obtain the maximum benefit for one's study and research:

- THE PRAXIS WEBSITE CAN BE READ AS A BOOK

- SEARCHED AS A SITE

- OR STUDIED AS A SYLLABUS

One way of approaching this site is to study it as a working-introduction to the little-known practical and psychological teachings of early Christianity.

At Praxis, we have for thirty years been in active connection to certain anchorites and communities on and from Mount Athos itself.

Everything we print, we plan, research, write, design and produce ourselves, in order to maintain that its content exactly expresses this thinking, which has its roots outside the modern rationalist world .

The result is a site designed to express our purpose in such a way that people with experience of these things will recognize them here.

Praxis was established in Massachusetts in 1992 as a not-for-profit research and educational organization to communicate Mr. Amis' discoveries and to sustain ongoing research.  This site is beginning to provide access to this research on the following pages. In addition, Praxis Bookstore offers books and monographs of writers in this tradition including early writers such as St. Gregory Palamas, as well as more recent authors including St. Theophan the Recluse, Father George Capsanis, Abbot of the Monastary of Gregorios, and Russian ´emigrÃ© philosopher Boris Mouravieff with his three-volume series 'Gnosis.'

Praxis members represent a range of Christian denominations “ Orthodox, Catholic, and Protestant “ as well as non-Christians, and come from throughout the United States and Europe. Praxis welcomes both visitors and new members, offering material in print and through on-line courses of study.